Review Of Mirror Mirror: What Does Your Reflection Say About You?

Spanish comedy-drama Mirror Mirror (Espejo Espejo) debuted on Netflix on September 16, 2022. Marc Crehuet is the film’s writer and director, and Joaqun Padró and Mar Targarona are in charge of its production. The movie lasts for approximately 1 hour and 19 minutes. 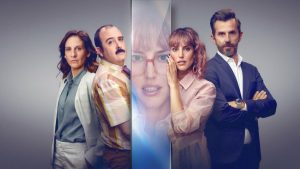 According to the movie’s description on Netflix:

Ahead of their company’s anniversary party, employees at a cosmetics company argue with themselves in the mirror about their individual desires.

The official plot summary for the movie is as follows: Ahead of the firm’s annual celebration, employees at a cosmetics company argue with one another in front of the mirror as they struggle with their distinct desires. Alvaro, Cristina, Paula, and Alberto battle to achieve their goals as they face their reflections in mirrors while battling betrayal, ambition, and love.

It’s a ridiculous comedy that tackles issues like identity, ego, and the internal inconsistencies we all carry. The four major protagonists are all engaged in an internal conflict and are communicating with themselves through their reflections. It investigates the area of what we are advised to do in order to realise our own potential and find ourselves.

What aspect of ourselves must we learn? Which aspect of us has to triumph? The end outcome is that we are defined by our activities. However, a part of us has to impose its own norms over the other before making any decisions. There are no ideal shades of white and black, and we must also learn to live in the grey areas.

In life, we interact with ourselves all the time. While another part of us want the opposite of what the first portion desires. Four employees of the same cosmetics company in trouble are Alberto, lvaro, Cristina, and Paula. They battle for what they want while looking in the mirror at their own reflections. In this comedy about identity, ambition, fear, love, and treachery clash.

We get to know every person who works at Medina Cosmetics and struggles daily with their inner demons or, should I say, reflections. Cristina is a character that lurks constantly and is starting to doubt who she is. Cristina’s sister Paula, who is standing next to her, is a vibrant young woman with lots of modern ideas, but does she genuinely believe them?

Lvaro, the boss, is an average guy who has always had higher expectations of himself than reality. Not to mention Alberto, the good-looking but odd-looking office worker who has given up worrying about himself. The receptionist Antonia, who is ignored by everyone in the office, is a further character.

The character and their mirror are where the majority of the action or dialogue takes place. It reflects their inner selves, letting them know that they are ugly and have no chance of getting the female they want. Alternatively, to make them forget the gender dysphoria they had concealed since they were little. The character must now choose what they want to do.

The root of every problem the movie tackles is identification, particularly in Cristina’s character. The movie discusses topics including feminism, the idea of beauty, and the political correctness culture, which many people only practise for financial gain. relates to the characteristics and negative traits of a toxic workplace.

It looks into the idea that we should discover who we are and be true to who we are. But what aspect of our personality do we need to look for? Which component of us needs to be promoted as being the right one? In the end, it is our behaviour that defines who we are, yet before choosing anything, one aspect of who we are must be forced upon another.

We constantly have to navigate the grey areas of life because there are no clear black and white situations. We all possess both good and bad traits, so it is up to us how we want to display them to the world. Nobody is fully good or terrible. And occasionally, you are your own worst adversary.

The idea behind the Spanish film Espejo, Espejo is intriguing; it explores issues of identity, individuality, and the human psyche. However, it doesn’t really fit into the narrative nicely. It deals with a lot of complicated issues quickly, but in the end, it comes to nothing and leaves us perplexed.

If the point was to demonstrate that you shouldn’t judge a book by its cover, they have at least partially succeeded in doing so, but the plot lacks any real depth. There are very few occasions where you might laugh; otherwise, you won’t feel anything for the characters, who frequently come off as irrational. Every character is taking off on their own tangent that is disconnected from one another, which results in a strange conclusion. 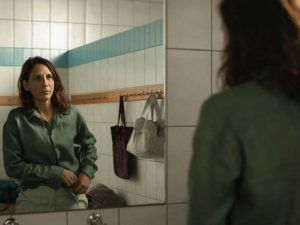 Here is the main cast:

Here is the team behind it all:

What is the genre of the movie?

What is the language of the movie ?

Who is the director of “Mirror Mirror” movie?

Who is the writer of the “Mirror Mirror” movie?

What is the release date of the movie?