Review Of Movie Jogi: Historical Tearjerker That Shines Light on the Tragedy of 1984 India

The historical drama Jogi is extremely upsetting because it depicts the tragedy of the riots that occurred in Delhi in 1984. These riots were a catastrophe that both cannot and should not be forgotten. In addition to other cast members, the film has Diljit Dosanjh, Mohd. Zeeshan Ayyub, Hiten Tejwani, and Kumud Mishra as lead actors. Ali Abbas Zafar is the film’s director.

The anti-Sikh riots that occurred in 1984 in the wake of the death of Indira Gandhi by her Sikh bodyguards serve as the primary plot point of the film Jogi. During the course of those three days, the movie follows a group of people as they make frantic efforts to flee the city and find safety in Punjab. The film immerses you in their anguish. 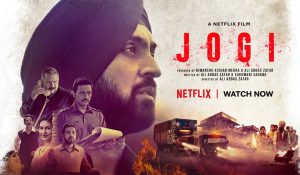 Contents hide
1 The following is what the movie’s synopsis reads on Netflix:
2 Summing Up: Jogi
2.1 Jogi is available to watch on Netflix.

The following is what the movie’s synopsis reads on Netflix:

IN THE 1980S IN NEW DELHI, THREE FRIENDS MAKE HEARTBREAKING SACRIFICES AND TAKE CHILLING RISKS IN ORDER TO SAVE THEIR FELLOW CIVILIANS FROM DANGER. FILMFARE AWARD-WINNING ACTOR AND SINGER DIJIT DOSANJH LEADS THIS STIRRING THRILLER.

A regular Sikh family is seen starting their day in a little bit of an extraordinary fashion as two occasions are being looked forward to celebrating at the beginning of the film, setting the stage for the traditional calm before the storm tone that sets the stage for the rest of the film. But what they do not realize is that a violent storm has already forced its way into their lives. They are oblivious to this fact.

Jogi (Diljit Dosanjh), who is tasked with protecting his family and his people from the mayhem that surrounds them, is forced to do so as the news of the killing of Indira Gandhi spreads and as some political leaders make their way to the city in order to wreak havoc there. And with the assistance of his friends, it does not appear that this undertaking will be impossible.

The first ten minutes of the film are all it takes to captivate your attention and convince you that you’ve made a solid choice in selecting a movie to watch because it won’t cause you to nod off in the middle of it. The historical tragedy that has been remembered by the community for as long as anyone can remember is one that the people of this country should also keep in their memories.

It was a difficult period, and when you see the events that transpired on the television, you realize the level of violence that the people were subjected to during those three days. Even if we have read about the events in our history books, it does not have the same impact on us until we are actually there and witness them.

The suspense is maintained throughout the entirety of the film, and with the addition of the protagonist’s heartbreaking love story (because Bollywood just can’t leave this behind), the film succeeds as both an entertaining and enlightening experience.

Even though it is done in a very Bollywood fashion, it is done very well and the cast has also done an excellent job of conveying the chaotic times and the desperation of the people. The director has done a terrific job of capturing both of these aspects of the historical period. And despite the fact that the final remark reveals to us that the concept of the film was something entirely different, the Sikh Massacre is what the most of the film focuses on. 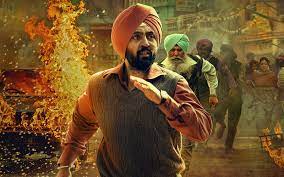 The movie will make your eyes well up with tears, and you won’t be able to stop your chest from becoming heavier as a result of the range of feelings that you experience while watching it. And as if that weren’t enough, the fact that it’s based on real events will only make the feelings you already have even stronger.

Even if the movie could have done a better job of trying to bring out the historical tragedy, at the end of the day, it is just another movie that tries to overshadow such events with themes of friendship and other similar things.

Overall, this is a good movie to watch online if you want to learn about the dark past of our country but are also interested in minimizing its impact on your life as much as possible.

Jogi is available to watch on Netflix.