The plot of NBC’s “Quantum Leap” revolves around a group of scientists who can travel through time. Every episode focuses on a different one of their trips, which take place in a separate timeline, and in each one they have to accomplish something specific in order to progress to the next stage. Sam Beckett is the protagonist of the original show, which tells his story. Over the course of five seasons, he makes hundreds of these jumps, and as a result, he not only alters the course of events in the lives of other people, but also in his own life and the lives of those closest to him. Ben Song, the protagonist of the new incarnation of “Quantum Leap,” finds himself in a situation that is analogous to that of Beckett in the original series.

Each series involve time travel, however while the fundamental premise of the time travel is the same in both, the episodes depict quite distinct stories about various time travelers. The character of Herbert “Magic” Williams is the link that is most directly established between the current program and the old. He is the one who keeps the team safe from the bureaucracy and other problems so that they can concentrate exclusively on their mission of sending Ben back home. He is the leader of the new Quantum Leap project, and as such, he is the one who links the team together. During the fourth episode of the first season, he discusses with Ian Wright the reasons for why he decided to become engaged in the project. What exactly is it, and how does it relate to Sam Beckett in any way? The following information about him is important for you to know. 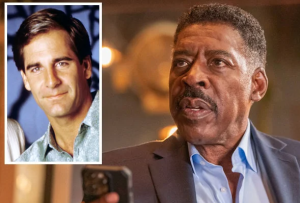 What is Herbert “Magic” Williams’ Connection to Sam Beckett?

Al tells Beckett that he is responsible for ensuring that the platoon’s mission is a success when Beckett first enters the Magic world. This means that he not only has a responsibility to preserve the life of his own brother, but also the lives of all of the other soldiers who are with him at the time. Beckett is successful in rescuing the platoon with the assistance of Al, but another soldier’s life is sacrificed in the process. Maggie Dawson, a reporter that Beckett had taken along with the team on their assignment, meets a terrible end as a result of what happened.

While Beckett comes to the rescue, Magic is completely in the dark about what’s going on with him and his squad. When he was telling Ian about his experience in the present day, he mentioned that he’d felt a tiny push in one direction. It was as if somebody had opened the door to his mind with a light touch, and he had allowed them entry. Even though he was unaware of it at the time, he had let Beckett into his thoughts. The moment that occurred, everything related to Magic went dark, and Beckett assumed command of the situation. When he finally came to, he found out that he had guided his unit out of a highly perilous position, but he had no knowledge how he accomplished it. He also had no idea what had happened to him.

Beckett remained prominent in Magic’s thoughts during the years that followed. Because he was unaware of the Quantum Leap experiment, he was at a loss to explain why he kept having nightmares about a peculiar man. Consequently, he was unable to solve the mystery. In spite of this, he was persuaded that the man who appeared to him in his nightmares was connected in some way to the miraculous escape of his unit. It wasn’t until many years later that he learned about the time travel project and obtained clearance to view the data that showed him Sam Beckett’s true identity. At that point, he already knew who Sam Beckett was. In addition to this, he learned that he and the other soldiers with whom he served were all intended to perish in Vietnam, but Beckett managed to spare them.

Magic finally had all of the pieces of the puzzle in front of him, and he was able to piece together what had transpired in his past. He also learned that Sam Beckett had never returned to his family’s home. Therefore, when the time came, Magic not only assisted in reviving the Quantum Leap project but also found himself at its helm, bringing together a group of individuals who could ultimately solve the conundrum of bringing time travelers back to their original time period. When that occurs, there will be an opportunity to bring Beckett back to his family, and despite the fact that Magic has no idea whether or not Beckett is even still alive at this time, he believes that he owes it to him to at least give it a go to bring him back.