An intriguing reality show called “Dubai Bling” can be found streaming on Netflix. It follows a group of people who have amassed their wealth through their own efforts and lives in the city of Dubai. The series records how the group manages a high-profile social life while also responding to their personal and professional obligations. It features expensive parties, beautiful cars, and inconceivable luxury. The genuine window into the lives of the affluent and famous enables us to experience what it is like to spend a day in the life of a millionaire, and the romance and drama that are interwoven throughout the show contribute to its overall excitement.

Loujain Adada, who is originally from Lebanon and used to be a supermodel, made an appearance on the show as a proud mother of two who was ready to go back into the dating scene. When asked about her background, she revealed that she had gotten married at the age of 21, despite the fact that her husband had passed away a few years later. Hearing about Loujain’s experience was incredibly upsetting, and the audience is eager to learn more about her late husband. Don’t worry because we’ve got the answers you’re looking for! 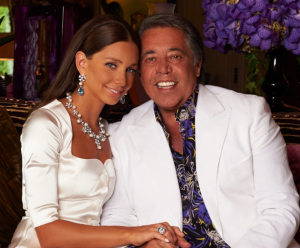 Who Was Loujain Adada’s Husband?

Although Loujain spent her first few years of life in the Golden State, her family quickly relocated to their homeland of Lebanon, which is where the former model spent the majority of her formative years. She was raised in a family that was very close to each other, and it was in this environment that she first became interested in the world of fashion and beauty. In the same way that Loujain was mesmerised by the modelling industry, she aspired to make a living doing what she loved most. When she was 14, a publication presented her with the option to participate in such an endeavour in the form of a photoshoot for an advertising.

After taking part in her first modelling job, Loujain quickly rose to prominence, which resulted in an abundance of modelling opportunities being presented to her. In addition, MTV Lebanon took notice of her abilities and hired her to be the host of the music programme titled “Energy Spin Magazine.” As a result, it seemed as though Loujain’s career was about to take off while she was just 21 years old. It’s interesting to note that at the same time, she fell in love with Walid Juffali, a millionaire Saudi businessman who was substantially older than her.

Because of the large age gap between them, many people disapproved of their decision to be married; however, Loujain made the decision to follow her instincts, and the couple finally sealed the knot in November of 2012. Their wedding ceremony in Venice was a major occasion, and dignitaries from all over the world travelled there to be a part of it. Despite the fact that she was Walid’s third wife. After that, Loujain and Walid had a successful marriage and were blessed with two beautiful daughters, Talia and Lana, who were both born into this world.

Also read: Roxanne Lowit: Death &amp; Obituary What Is The Cause Of Death? New York-based fashion

How Did Loujain Adada’s Husband Die?

Walid Juffali, a successful businessman, fought cancer for a very long time before succumbing to the disease. In 2016, just a few months after Lana was born, he was in Zurich, Switzerland, receiving treatment for his terminal cancer. He had not been given much time to live. Walid received the very best medical care that contemporary science was able to provide; but, the physicians were unable to prevent Walid’s death, and he passed away at the age of 61.

After Walid passed away, his estate carried out the wishes outlined in the successful entrepreneur’s will by selling most of his possessions at auction and then dividing the earnings among his three wives and five daughters. As a consequence of this, it would appear that Loujain was given approximately $1.1 million from the estate of her late husband, which was a major contribution to her overall net worth. However, after Walid’s passing, she decided that she did not want to go back to her professional life and instead concentrated on being a hands-on mother to their girls. This decision was made after she grieved the loss of her husband. 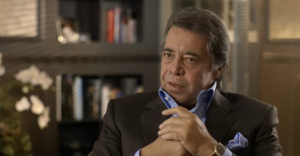 Loujain Adada, a model who is currently 33 years old and is famous for being the widow of the Arabic billionaire Walid Ahmed Juffali, was born in 1989. Adada is a well-known character on social media, as evidenced by the fact that her Instagram account (@loujainaj) has more than 109 thousand followers. Before she got married to Walid, the woman worked as a fashion model in Beirut. In fact, she did that job before they got together.

In 2022, Lou rose to prominence on television as a result of her participation in the reality series “Dubai Bling,” which was shown on the online video streaming giant Netflix. Famous DJ Bliss and well-known broadcaster Kris Fade both made cameos in this brand-new production of drama-drooling. If you enjoy watching television programmes that depict the lives of wealthy people, you should definitely give it a shot.

Do you know that when Adada first started her career in modelling, she was just 14 years old? Continue reading if you want to learn more facts as amazing as these.

In the year 1989, Loujain Adada, who is now 33 years old, was born in California, USA, to parents who were originally from Lebanon. She spent some time in California before moving to Beirut, Lebanon, with her mother and father. She remained there for a while. According to CCercle, Adada started her career in modelling when she was only 14 years old because of her interest in fashion and cosmetics.

Given that she was still in school when the photo shoot took place, it was a significant achievement for her to work as a model for the very first time. The photo shoot was for a magazine. While continuing to work as a model, Lou completed her schooling with the highest possible grades and went on to earn a degree from a prestigious college all while maintaining her career as a model. After finishing her undergraduate degree, she educated herself on the fundamentals of the apparel industry by enrolling in a few modelling and fashion design schools.

During the pinnacle of her success as a model, Adada tied the knot with the Arab businessman Walid Ahmed Juffali. They chose to get married in Venice, Italy, in November of 2012, and then spent their honeymoon sailing across the Mediterranean. Together, they had a lot of fun travelling to places like France, Gstaad, and Zurich in Switzerland. As a blessing for Loujain, God gave her two beautiful children.

She mentioned that her partner was diagnosed with cancer at the same time that she was carrying her second daughter. Walid suffered a sudden and unexpected death on July 20, 2016, leaving behind his devoted wife and adoring daughters.

Husband, girlfriend, and status of relationships

The marriage to Loujain has ended. In November of 2012, she tied the knot in Venice with an Arab businessman named Walid Ahmed Juffali. They chose the Mediterranean region as the destination for their honeymoon trip.

This couple went on a lengthy trip together, during which they visited France, Gstaad, and Zurich. Her spouse lost their battle with cancer on July 20, 2016, and passed away shortly after.

She counts Talia and Lana as two of her most precious gifts: her daughters. Talia is just 7 years old despite the fact that Lana was born in May of 2016.

Loujain, who is famous on social media and works as a model and presenter, is originally from Lebanon.

She had reached the age of 33 when she passed away.

She was born in the state of California in the United States.

She counts Talia and Lana as two of her most precious gifts: her daughters.

It is estimated that Loujain’s net worth is $8 billion. She was able to build up her wealth thanks to the legacy that her late spouse had left for her.

Read more: Queen Elizabeth II: Death And Obituary What Happened To Her? Check Death Reason HOw Old She Was?