According to the findings of the newest documentary series to be released on Hulu, titled “Where Is Private Dulaney?,” the individual who is responsible for the death of Marine Leroy Dulaney is another Marine named Mark Fletcher.

True crime documentary series frequently don’t focus as much on the victim as they do on the family members who are attempting to find the truth despite being thwarted by law enforcement. Take for example the scenario presented in Where Is Private Dulaney?

The mother of missing Marine private Dulaney, who was shot and killed by fellow Marine Mark Fletcher, is the subject of a new documentary series that aired on ABC News. The show demonstrates how she was given the runaround by law enforcement after the disappearance of her son.

The narrative of Leroy is more about his mother’s determination and strength, as well as her strong resolve to get to the bottom of her son’s abduction and find out what happened to him. In 1979, the incident occurred when the Marine suddenly vanished for unknown reasons, and the Marine Corps deemed him absent without leave (AWOL). 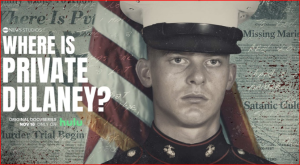 Hulu’s Where Is Private Dulaney released on on November 16, 2022.

According to the findings of the investigation being conducted by Hulu’s New Documentaries, Marine Mark Fletcher was found guilty and sentenced to life in prison for the shooting death of Pfc. Leroy Dulaney.

Marine Fletcher, who served at Camp Lejeune, was found guilty of murder in the second degree and received his sentence at the Onslow County Superior Court. He is reported to have said that his goal in life was to take the lives of a dozen people.

During the trial for second-degree murder, the jury was presented with evidence that made it abundantly evident that the defendant, Fletcher, and the victim, Dulaney, were both passengers in the same automobile. During the course of their conversation, the accused pulled out a gun and shot the victim in the back of the head.

Soon after, the car continued down a gravel road for approximately 70 yards, after which the defendant dragged Dulaney’s body into the woods and shot it another six or seven times. After what seemed like around six weeks had passed, he went back to the location of the murder and relocated the body.

Benjamin Duval, a corporal from Ames, Iowa, in the United States, was at first accused of first-degree murder in connection with the death of Leroy Dulaney.

Later on, he entered a guilty plea to the charge of involuntary manslaughter and was sentenced to twenty years in jail as a result. He stated in his testimony that he and Fletcher were both members of the United States Marine Corps and that they were both stationed at Camp LeJeune in Onslow County prior to and on May 23, 1979.

On May 23, 1979, during the lunch hour, Fletcher asked him to drive him and Dulaney away from the base, as they wanted to go to another man’s residence. He complied with this request and drove them away from the base. They were having their conversation as they travelled toward Swansboro on Highway 24, which they had just passed.

Fletcher shot Dulaney in the back of the head when they were travelling down the road to Belgrade and travelling for at least two miles before giving Duval the command to continue driving down a dirt road. They had driven for around seventy-five yards when they came to a stop.

After that, Fletcher dragged Dulaney’s body into the woods, shot him another six or seven times, stole a wallet and approximately fifty bucks from him, and then went back to the automobile. He warned Duval to keep quiet because at this point, Duval was also an accomplice.

On July 4, 1979, Duval and Fletcher went back to the scene of the crime and transferred the body to a different location. On August 1, 1979, various components of the victim’s body were discovered at both of the previously mentioned places. The evidence of Duval was corroborated by a number of additional witnesses in a variety of aspects. 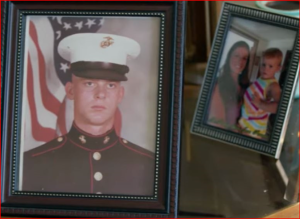 Mark Fletcher was sentenced to life in prison after being convicted in the shooting of Pfc. Leroy Dulaney

Billie June Rohweller, the girlfriend of Mark Fletcher, testified that he shared his life ambition of 12 murders with both of them. Duval was also present during this conversation.

Fletcher acknowledged to have previously slain eight people as they were watching television at her house, where they were all together. Following that, he indicated Rohweller and Duval as “Numbers nine and ten” by pointing to them. After the event, she stated in her testimony that he was afraid for her life.

She went to the military authorities at the Marine air station in Cherry Point on August 1st. Additional accusations were brought against Fletcher in connection with the murder of a second Marine, Pfc. Ronald Ray Jenkins, who was from Irontown, Ohio, in the United States. A firearm with a.22-caliber bullet was used to shoot him in the head.

Private Leroy Dulaney, a member of the United States Marine Corps, was last seen at Camp Lejune in North Carolina. It was about lunchtime on May 23, 1979, when he and two other Marines drove away from the base and have not been seen or heard from since.

Weirton, West Virginia was Dulaney’s hometown, and it was there that he made the decision to join the Marine Corps. He was the eldest of Carol Dulaney’s three boys and the first to be born to her. When he was a senior in high school, he met and fell in love with a lovely young lady named Brenda.

Leroy decided to enlist in the Marine Corps since the fortunes of the local factories were not what they used to be. After completing his initial training and being married to Brenda, the woman he had loved his entire life, he was sent to Camp Lejune. Soon after, on May 23, 1979, the young Marine was reported missing.

The more the family tried to get to the bottom of the situation, the more they were told that Dulaney had gone missing without a trace. Even after the family located the last person with whom their son had been in contact, the commanders of the base were not prepared to hear their concerns.

On the day that Leroy was reported missing, a fellow Marine named Mark Fletcher opened fire on him and murdered him. On May 23, a shooting took place while three Marines, including Duval, were travelling in a car together when it happened. His body was placed in a shallow grave in the unincorporated area of Onslow County by the two Marines.

After an absence of several weeks, Duval and Fletcher eventually came back, excavated the body, and transferred it to a new place. Benjamin asserts that he and Fletcher disposed of various body parts as they were travelling in their vehicle. The remains of Dulaney’s body were located on August 1, buried in various regions of Onslow and Carteret counties in North Carolina. 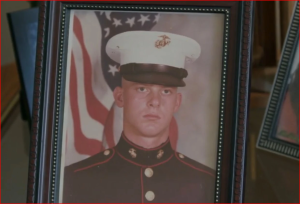 Hulu’s ‘Where Is Private Dulaney?’ Investigates The Case

On November 16, 2022, the first episode of the brand-new series “Where Is Private Dulaney?” was broadcast on Hulu. The story centres on a mother’s search for answers regarding her son’s disappearance after he served in the Marines and went missing.

The missing Marine Leroy Dulaney from Camp Lejune in North Carolina in 1979 is the subject of the true crime documentary series that is broken up into three parts. It demonstrates his mother Carol Dulaney’s unwavering resolve to get the truth about the situation.

Isaac J. Conner plays the role of Ray McGeady, while Alex Kostka plays the role of Mark Fletcher in it. The audience will gain a better understanding of Dulaney’s life in Weirton by watching interviews with Carol, his younger brothers Michael and Greg, his widow Brenda, and other others.

We are initially made familiar with Carol in the pilot episode of the documentary series. He got married at an early age so that he might remain established in one location and not migrate to a new town with his wife’s parents. She ended up having three sons despite the fact that her doctor had recommended that she have a hysterectomy.

After she and her husband divorced, she went on to have a variety of professions in order to provide for their children financially. Leroy, her eldest son, met Brenda when they were both students at the same high school and fell in love with her. Soon after, he enlisted in the Marine Corps and, some time later, he wed Brenda.

Read more: Is Colin Cowherd On Vacation and Is That Why He Is Not On TV? Where Is The Fox News Host Today?